From old Greek words Peri- for walking, and -phage for something that consumes.

Captain Whitt meets a periphage in a bar one night and wakes up the next morning with a body no longer his own. The periphage is stealing his identity, his ship, and his life to get where it wants to go. In turn, the periphage is pissed off that Whitt stubbornly hangs on to his own identity and refuses to turn over the codes to his ship. Both have secrets that powerful people would like for themselves. If they want to evade capture, they’re going to have to learn to cooperate. That doesn’t mean they have to like each other.

That’s the gist of my next novel, Periphage Blues. I’m still working on Sellenria II, but an epic-length novel takes some time to complete. It’s getting there, but I took a break to write this story in the meantime. I’ll give you some status updates as it comes along, and I’ll be looking for some beta readers and ARC reviewers when the time gets closer.

Periphage and Periphage Blues are copyright and trademark of Charles T Boeheim.

Sellenria: The Starship and the Citadel

It came as a shock to archaeologist Stenn Gremm to find that his ancestor had been a warlock.

As a scientist, Stenn didn’t believe in magic. But when a monster from legend ground his equipment into dust, Stenn was forced into roles for which he hadn’t prepared. Apprentice to an assassin for one, advisor to the heir to the throne for another. When archaeological digs were conducted via telepresence, he didn’t expect to get dirt under his nails and blood on his hands. Now his fate hinges on his ability to embrace his greatest role: the new warlock.

What Moves the Dead

Retelling and expanding on Edgar Allan Poe’s The Fall of the House of Usher, this tale is, if anything, creepier than the original. While Poe’s story (and, yes, I went back to read it once more after I finished this one) crushes the last of the Ushers and their house under the supernatural weight of dread and despair, Kingfisher has invented real reasons for their decline, grounded in science. She has also made the characters three-dimensional, with backstories and personalities, beyond just their roles. I recommend this retelling of an old classic.

Four teenagers and a washed out astronaut decide to build a spaceship out of scrap and beat the Chinese mission to Mars — after it’s already launched. Thanks to a radical new invention by the astronaut’s cousin, they have the power to do it, if they can overcome the thousands of technical challenges of making a craft that can survive the journey. On the surface, it’s a cracking good yarn in a classic sci-fi mold.

But if the plot sounds familiar, just look back to Rocket Ship Galileo, Robert Heinlein’s tale of three teenagers and a washed-up scientist building a moon rocket. This is Varley’s ode to Heinlein. Character names, quotes, and story titles from Heinlein are dropped heavily throughout the story, and any Heinlein fan will have fun trying to pick them all up. But it’s more than just fan fiction. Varley is a great writer, and fleshes out characters in ways that RAH never did. You’ll also pick up on him poking fun at Heinlein’s most egregious libertarian excesses and those who follow them.

If you want a good read in a classic style, this is a good story to pick up.

In the sequel to Red Thunder, the focus shifts from the protagonists of the first book to their children, now living on Mars, and from technically-detailed feats of engineering to a survival story. Ray is a normal Martian teenager, surfing the thin skies on the surfboard powered by his uncle’s invention, and hanging out in his clubhouse on Phobos. But when a mysterious object hits the Atlantic Ocean at near light speed, a tsunami wipes out most of the East Coast of the US. Ray’s parents immediately pack up an expedition to rescue Ray’s grandmother from her hotel near Cape Canaveral, where the whole story started. The first half of the book is a survival story of a rescue in a nightmare land where there are far from enough resources to help everyone.

The second half of the story shifts gear, as the forces of Earth invade Mars, seeing the red planet as a haven for displaced population and Martian technology as a prize to be seized. Ray becomes part of the resistance, and ultimately rescues his uncle, the inventor of the Squeezer drive, who had vanished from a sealed facility on a remote island. Ray and his family have a single ship against the Earth fleet, and a weapon no one wants to use.

“She is your daughter,” Yenderen agreed, “but not your possession. The path she is to take in life is hers and hers alone.”

The Neighbor You Don't Know Preview

After countless years of preparation Mission Terra Firme One is finally ready to commence and give Earth the answers it has long waited for, about the planet Neighbor.

On the Outward Edge

Her galactic empire is in turmoil. Will her attempts to save it push it to the brink of collapse?

When Commander Kevin Hoyt returns from a scouting mission he finds that he is wanted for treason. Despite his innocence, Hoyt flees with his family and tries to escape the inevitable.

Meet seven characters from The Berikatanyan Chronicles as they start their epic journey. 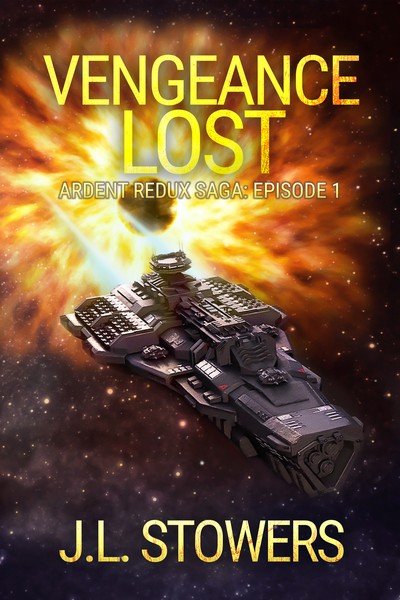 When a star blows up, someone’s going to pay.