Otherworldly landscapes. A Survey. Plus Book Reviews, Promotions and more.

Respondents to my survey earlier this month have helped pinpoint problems with my Amazon presentation and allowed me to make some improvements. I still have $10 Amazon certificates for a few more participants to test out the new page and fill in a brief survey. Please visit https://forms.gle/RZJGWQvd1yooRVwB7 to get started.

Last week we took a mini vacation. We rented a cabin on a private in the Catskills near Lake George, did some kayaking, sightseeing, and just relaxing. It was good for story ideas in more ways than one.

Otherworldly landscapes are expected for science fiction stories, but sometimes they’re in our backyard. Just transplant them to a faraway planet with a strange name, and there’s that sense of wonder. At one of our stops, we walked along a rushing mountain river, tumbling over rocks, taking sharp turns as it followed the contours of the mountain. As we rounded a bend, the river poured into a crevasse and vanished underground. We descended steps cut into the gorge and entered a cave. At the end of the first room, the entire river thundered by on its underground course. Colored lights illuminated the cave and the water, changing slowly, bringing out different different moods like photographic filters. Hellish red, calming green, eerie yellow. That will be good background for a future story.

Sellenria: The Starship and the Citadel

It came as a shock to archaeologist Stenn Gremm to find that his ancestor had been a warlock.

As a scientist, Stenn didn’t believe in magic. But when a monster from legend ground his equipment into dust, Stenn was forced into roles for which he hadn’t prepared. Apprentice to an assassin for one, advisor to the heir to the throne for another. When archaeological digs were conducted via telepresence, he didn’t expect to get dirt under his nails and blood on his hands. Now his fate hinges on his ability to embrace his greatest role: the new warlock.

This is Not a Game

Dagmar Shaw designs games for a living. Games that intrude into your everyday existence until the characters start leaving you phone messages asking you to go places and meet people. The stories are beyond immersive, they take over your life.

Now Dagmar has been pulled into intrigues that rival, then surpass her own games. But the stakes are much higher and the situations are deadly. This is not a game, and someone from her past is pulling her strings.

This is a really fun and multi-layered mystery wrapped in a thriller wrapped in a deadly serious game. I recommend it.

A Psalm for the Wild Built

One day the robots achieved consciousness and walked out of the factories. They went out into the wilderness to find their own path, leaving humans to remake their society without them.

Centuries later, a tea monk named Dex becomes unsatisfied with a successful career of ministering to people and sets off into the forbidden wilderness to find their calling. Instead they find a robot, on a similar quest. Reluctantly, they go together to find an ancient hermitage. (Reluctantly, because aren’t hermits supposed to be, you know, solitary?)

This gentle and short tale is much-needed antidote to the avalanche of apocalyptic and post-apocalyptic fiction these days. Much like one of Dex’s fragrant mugs of tea.

William Blackhorse Singer, the last Navaho on earth, is hired to protect an alien diplomat from another human with an agenda. He makes a deal with another alien named Cat, whom Singer captured years ago. In exchange for his aid, Cat will then get to hunt Singer through the canyonlands of the Southwest.

On one level, this is a tale of the hunted turning the tables on the hunter, but it’s also a journey through the mythology of the Navaho, as Zelazny did with Hinduism in Lord of Light and Greek mythology in This Immortal. 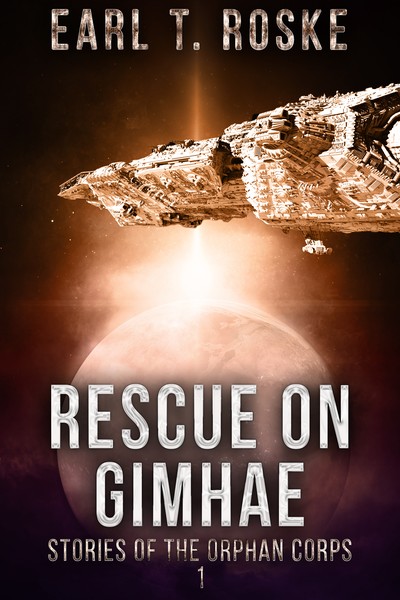 Could Sgt Seavers’s mission kill him?

Sgt Seavers of the Orphan Corps is having a run of bad luck. First, he gets in a fight with three marines while on a space station. Second, he wins that fight. And now, after learning he was being considered for officer candidate training, he is informed of his penance.

Can Seavers handle a resentful platoon of Marines? Can he do it while delivering medical aid to a suspicious colony of terraformers?

To get back his chance at officer candidate training, he’ll do his best. Or die trying

My name is Rachel. I died and rose again.

I was an ordinary high school girl when a viral plague spread across my planet. Those that died rose again as mindless zombies. Fortunately, science came to the rescue and gave me back my mind. As a conscious zombie, I gained exceptional powers – speed, strength and more. That, plus a secret heritage, changed my life forever.

The outside world didn’t accept my kind, however, and soon I decided to join the military. I trained to become an Army Ranger.

Now, as an elite undead killing machine, I must make a choice. Allegiance to my kind or to the Federation. Choose wrong and I could die…for good.

Their world is ruled by life and death. They are the Immortals. This is just the beginning of something far bigger than they could ever imagine…

In a world ruled by darkness and deceit, the Immortals are the only ones working to fight an evil set free by petty gods.